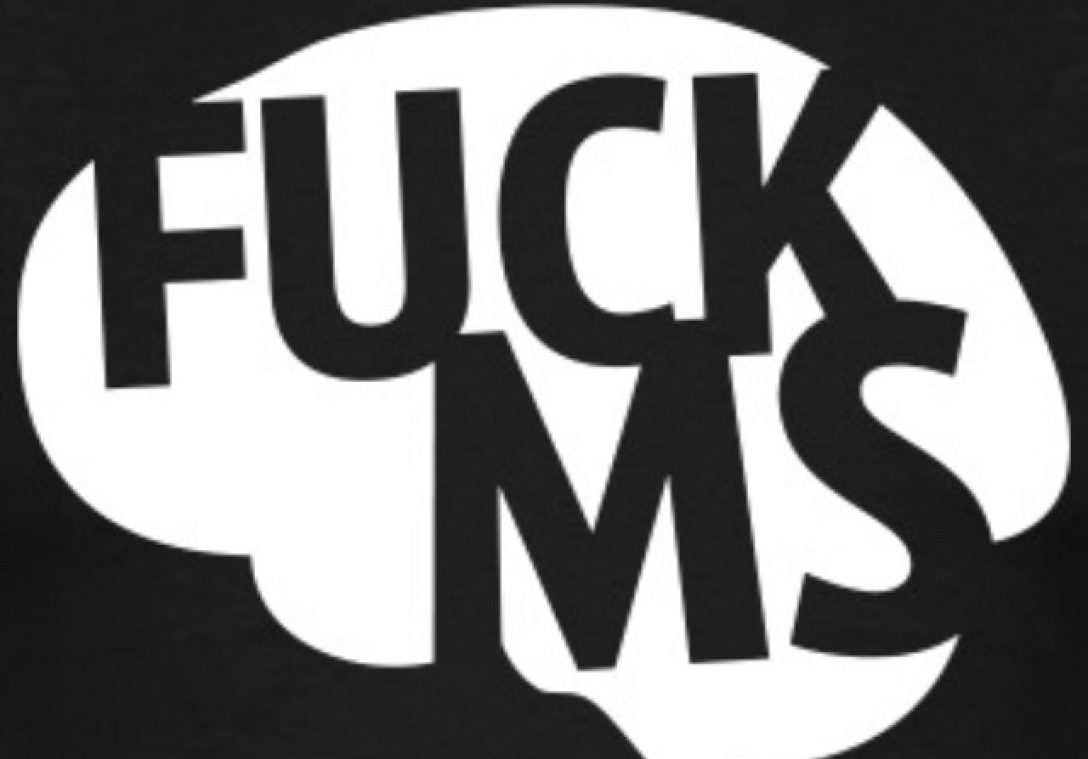 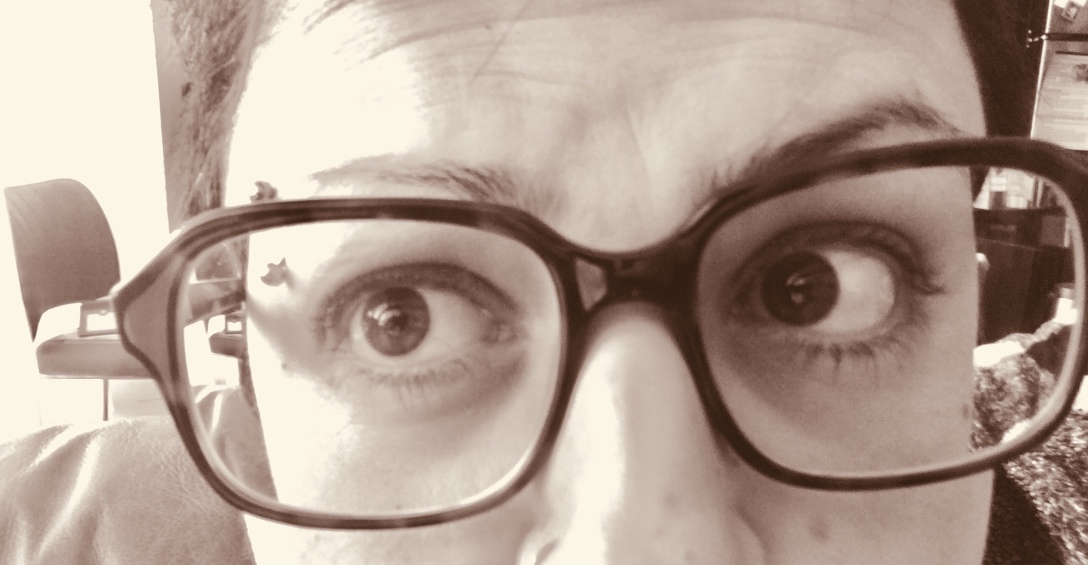 So I’ll make this brief and say the only thing I’ve really been wanting to say:

I’ve been watching TV like all day every day

The bingeing kind of TV watching

The kind I’ve been unable to do in so long

But fuck it it’s my blog after all

I’ll say it again for the people at the back

I can’t remember a time when they didn’t hurt

It’s been that long

I’m not foolish enough to think this is permanent

But for now I’ll relish in this moment

Temporary and short lived or not

‘Write. Write until it stops hurting.’

It’s been up and down

Most of the physical side effects have dissipated

Left over is irritability

More so than usual that is

I’ve watched shows, played around with my hair, cleaned, planted some herbs on my terrace and slept

I’ve been thinking about what’s next with work, how the kids are doing, if this treatment will work, the upcoming Paxil withdrawal, how they really do get the caramel in the caramilk bar

And the list goes on and on and on

The Paxil thing has been at the forefront

I have been totally obsessing over it

But that’s another blog entry altogether

I’m trying to make it to two weeks post treatment

And then I will rejoin the world

If it’ll still have me of course

Which has always been debatable

I am the worlds worst sick person

Before you rush to sympathize and reassure me that I’m not, read on

But not move the bed in any way

But not too firmly

Lest his touch spur the nausea

I want him to talk

But not about anything to do with food

And not too loudly either

And put an ice pack on my head

And always makes me smile

This time didn’t disappoint either

I was still nauseous

But it was better

He reminded me of how I planted a kiss on him

And he sprinted around the neighbourhood on such a high

Than he told me how because I was vacillating between telling him I liked him and not wanting to change our friendship, he was a nervous wreck

I remember that too

I was worried that we were too different

My dark to his light

The biggest fear was that we would lose a great friendship

I didn’t know then what I could possibly be gaining

The dude that puts my socks on when I can’t

Gets me ice packs

Regales me with stories from the past

Tries his hardest to not move the bed (which if you know him, you know is nearly impossible)

So yeah I may just be the world worst sick person

But who fucking cares if the one person I want by my side, can withstand the bumpy (read: nauseous) ride with me?

Like why my first grade teacher said I was too quiet

Or why I have a phobia of blood

But this week has been different

It’s kind of an awesome feeling

It makes me feel refreshed

I’ve had some negative side effects mostly from the steroids

And there is NO hunger like a steroid hunger 🐷

But mostly manageable through medications

But when the hell has my mind ever been right anyway?

And when have I ever cared about things being normal? 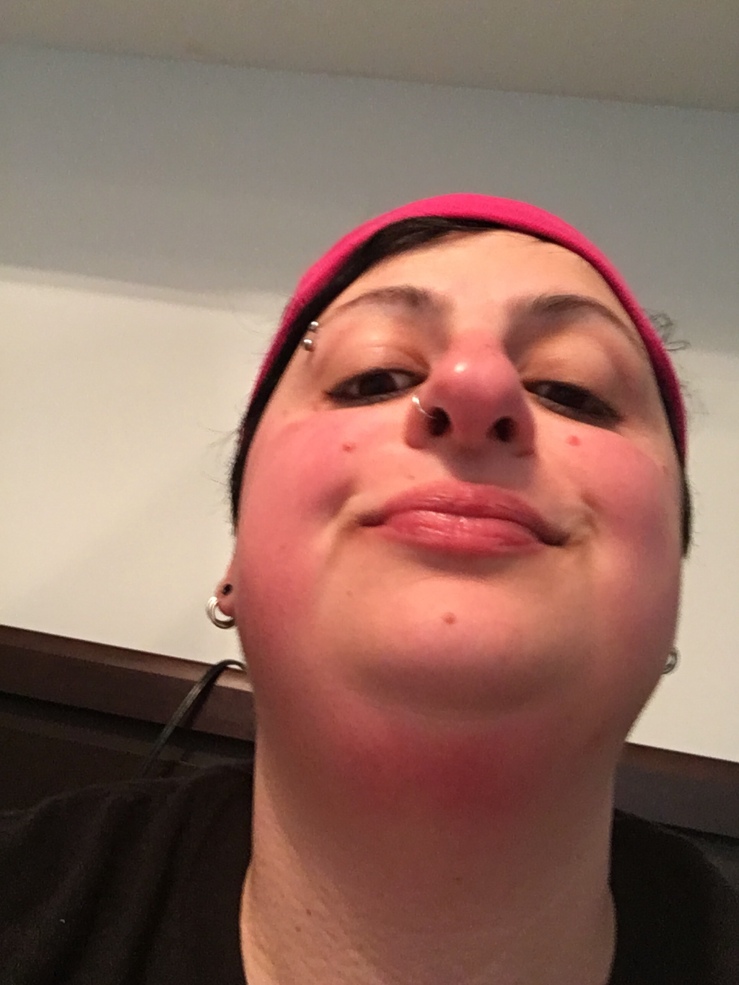 Why bother sitting in the sun for hours when you could just straightline 1000s of mgs of steroids to get that same sun burned look. 🤦🏻‍♀️😡😤 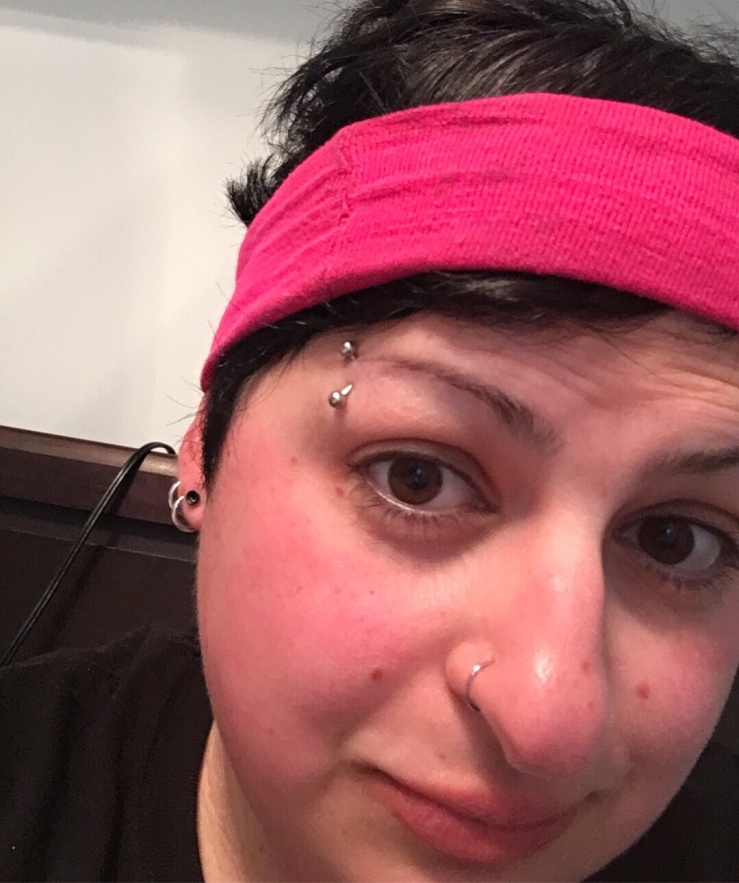 It’s funny how the steroids are to help our bodies deal with the Lemtrada infusion but also seem to deliver the most obvious side effects. I’m now laying my head on an ice pack in a air conditioned room with a fan on. So essentially it’s the equivalent of hot humid Toronto day.Send cold provisions. ❄️❄️❄️ 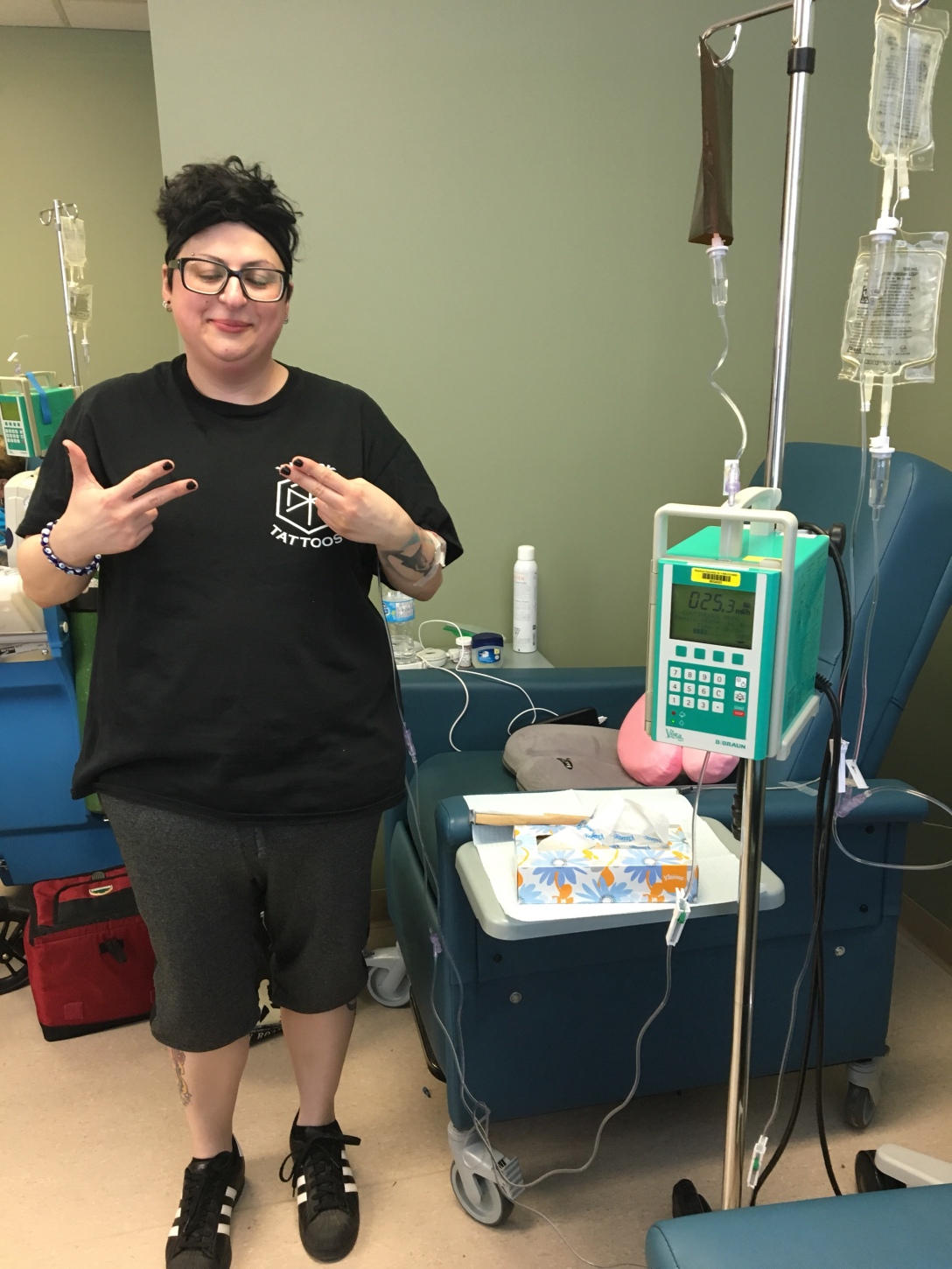 Been in bed for a few hours and feeling drained to the bone but I wanted to jot some notes down.

Today was day 3 of Round 2 and the end of the treatment cycle. Hoping I will be among the many who haven’t needed a third cycle.

Today was comparatively easier than the last two days and had my awesome zen and calm sister by my side today who was a super caretaker. 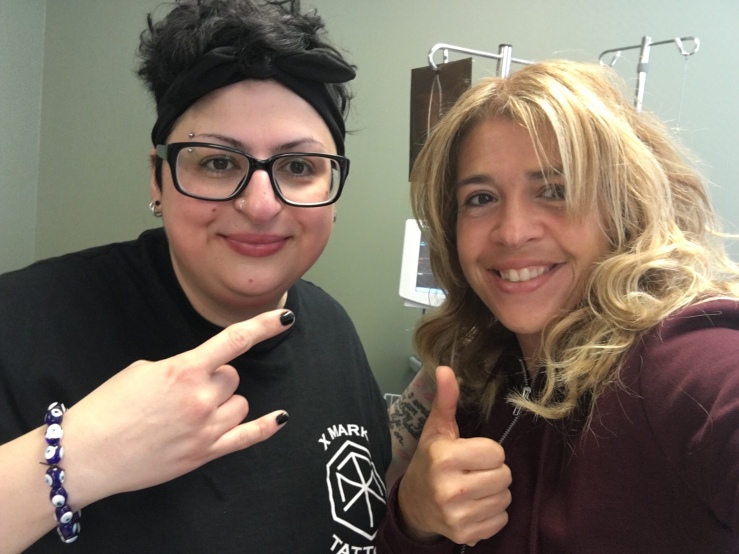 I had one major spike with blood pressure where it went up to 160something over 111. But managed to make its way back into safer territory.

I was nicely drugged up for most of the morning into the early afternoon and felt little more than the Sahara desert of dry mouth and throat.

While doing my infusion I met a fellow MSer who was getting Tysabri treatment (which I was ineligible for due to previous exposure to a virus). This Misfit of a warrior has been battling MS since she was 17 and has been through her hurdle of using a walker and I’m sure much more but has since done well with Tysabri. Wishing her and everyone else on this weird fucked up ride of MS, nothing but strength, courage and good vibes.

My nurse Christine today was excellent as were the other two and I even got to see Nurse Amanda who rocks!

I hope this made some sense as I’m pretty doped up at the moment. 🤤

I won’t even begin to describe how many pics had to be taken of me throwing up the round 2 day 3 hands. I just couldn’t get it right! You’re welcome world!

But I just wanted to say I fucking did it! I did it! I can’t believe I did it and yet here I am with the bruises and soreness to prove it.

All of you in real life and in the cyber world have made my journey somehow a little easier, a little less lonely and have given me a whole lot of support. Much love and respect to you all.

Although there is a slight possibility that this may be the drugs speaking or just allowing me to be more honest, either way take it while you can. 😂

Day 3 has made for an achey, tired and woozy little warrior.

Who is off to bed in hopes of deep blissed out sleep and with whispers of hope on her tongue for a better tomorrow. 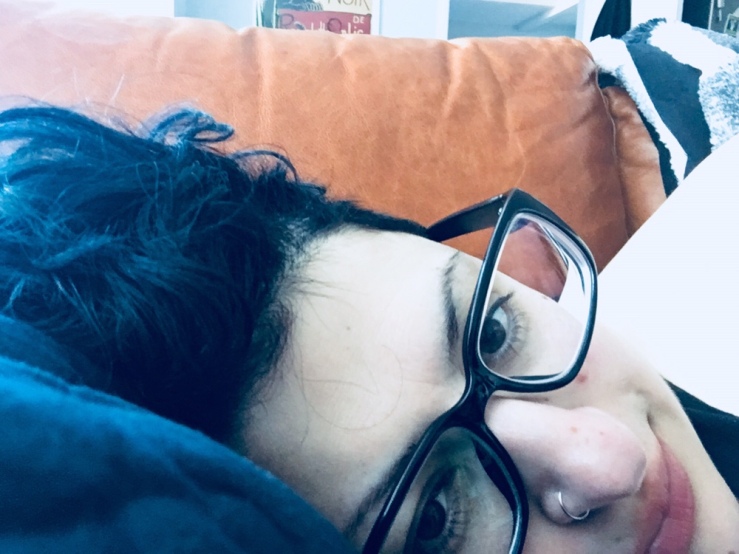 Super sleepy. Another great nurse, shout out to Matthew for dealing with me all day. Today the moms came with and not only kept me company but of course every other patient who came in for their much shorter infusions.

No major problems. Some leg pain, nausea and head ache. No appetite and extremely dry mouth and throat (weed smokers you know nothing until you’ve done this treatment).

PPS I heard from my employer, and I refuse to respond. She wrote some nonsense about not having had the chance to draft a confirmation of medical leave letter (that I took 3 weeks ago, but I’m bad at my job right). And wanting me to give them their phone like I’m gonna be doing that during this time. Pfftt 😤 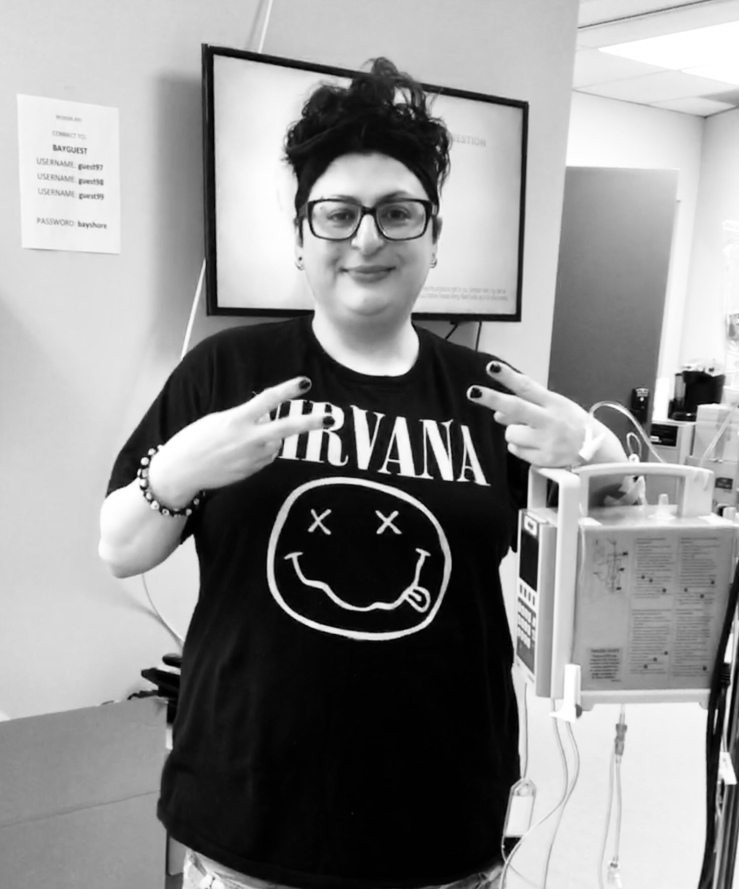 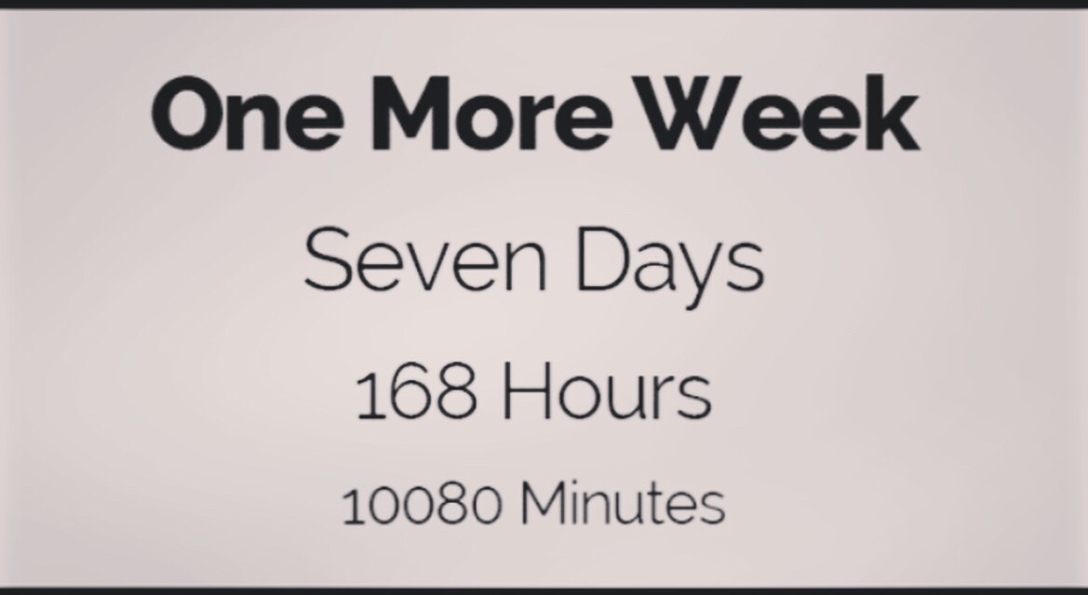 One week to go till Day 1 of Round 2 Lemtrada treatment.

I’m not as scared this time around and somehow more scared all at once.

Last time it was because I didn’t know what to expect and this time because…well I do.

I’m happy to report that I will have the same amazing nurse as I did for Round 1. I felt like I was so well cared for and that definitely eases some worries.

I’m less apprehensive about the treatment this time around and more worried for what comes afterwards.

Will the recovery be the same? Some have reported it as being worse while others have said it was easier.

So now I’m just waiting to pick up my pre meds to prep for treatment.

My doc asked me why I seem so apprehensive and not looking forward to it.

And it’s not that I’m dreading it, I think I just have more banking on this one now.

Maybe this will be a game changer

Hell, I could really fucking benefit from one

One week to go 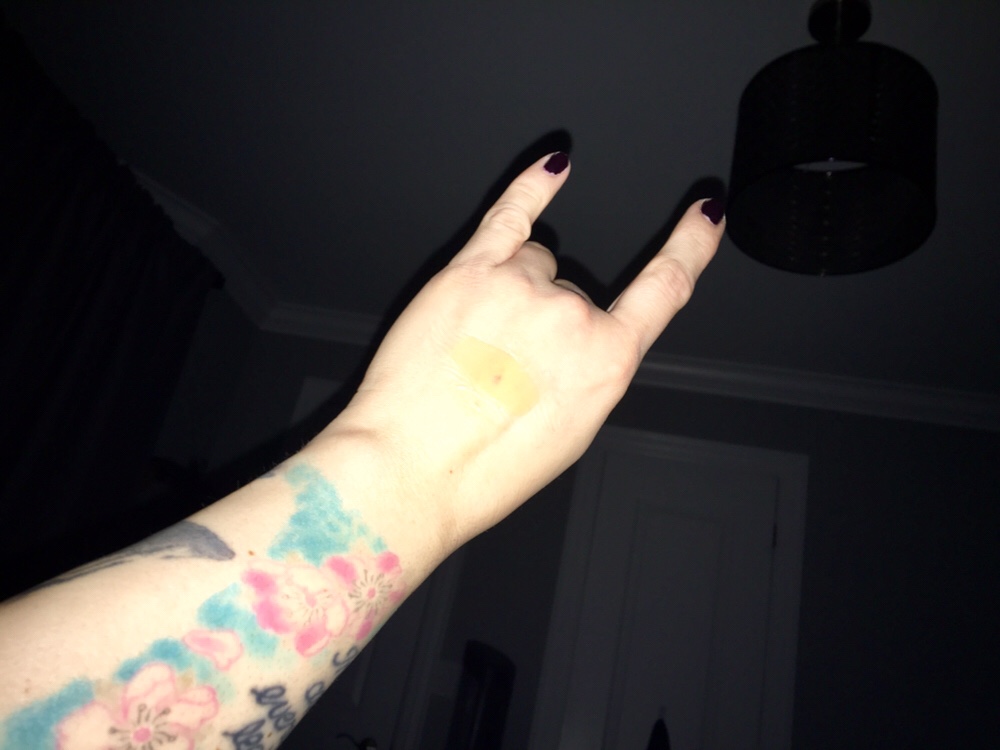 I have just received word from the MS one to one nurse that I have been medically cleared for Round 2 of Lemtrada!

I got this just as I was getting ready to go back for my monthly blood work after my failed attempt last week. And I survived it. ✊🏼

I will likely be doing treatment at the end of April. Its been a long hard year but I’m still here. I certainly never thought I was strong enough for something like this…but I did it, didn’t I?

And I can’t believe I’m saying this but I’m fucking ready so bring on round 2 motherfuckers!

This is never a fun time

My veins play hide and seek when it’s time

But yesterday was a whole new bag of tricks

So they couldn’t finish the testing

I’ve gotta go back in a few days

I felt and still feel frustrated

My hands are bruised up and sore as hell

Whatever that’ll heal in time

Another four years of this

What the fuck was I thinking?